By Drew Speight11 July 2022No Comments 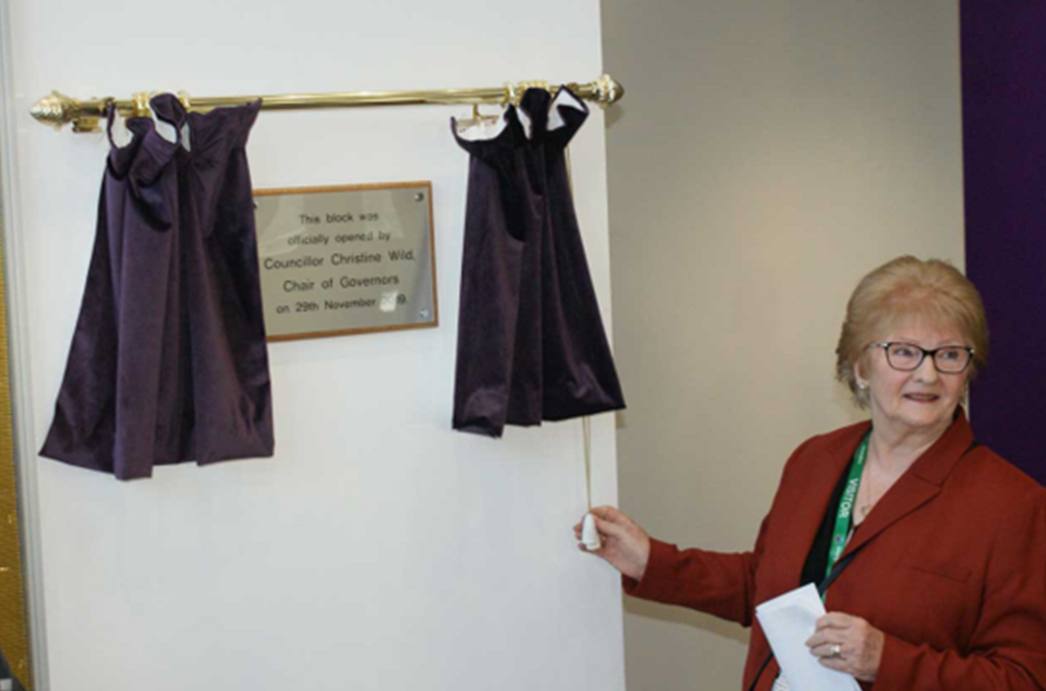 In November 2019 Councillor Christine Wild, who was the Chair of Governors at Sharples School opened the fantastic new block building (pictured above). Christine who supported Sharples school for over thirty years and unveiled the plaque at the official opening.

In February 2020 we received the sad news that Christine had passed away suddenly. It was only fitting that the new block should be named after Christine. Unfortunately, due to the pandemic this had to be put on hold.

We are very happy to announce that on the 7th July, the new building was officially named the Christine Wild Building. The plaque (pictured below) was unveiled by Christine’s Son, Matthew. Matthew was accompanied by his wife Janet and their children, Thomas and Ella (pictured below).

Councillor Hilary Fairclough and Councillor Martyn Cox attended, along with the staff and governors of Sharples. Janet gave a fitting speech and Hilary gave a heartfelt tribute to a friend who is greatly missed. 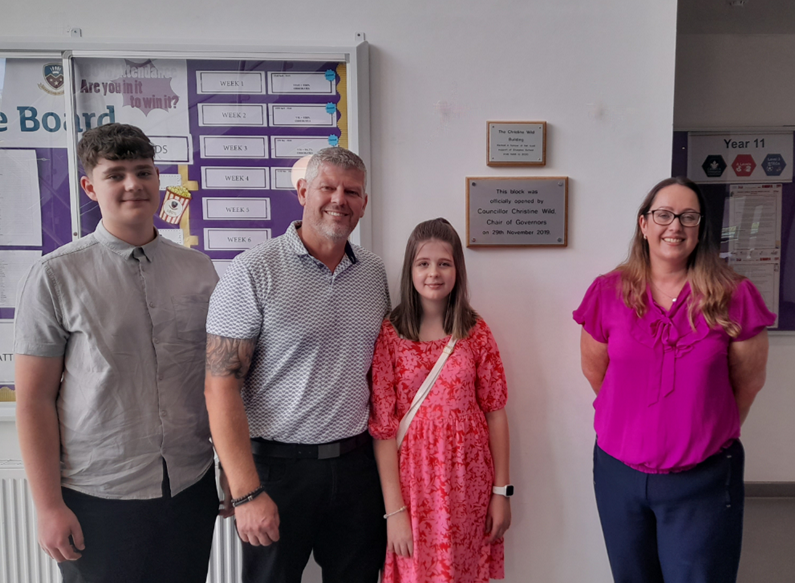 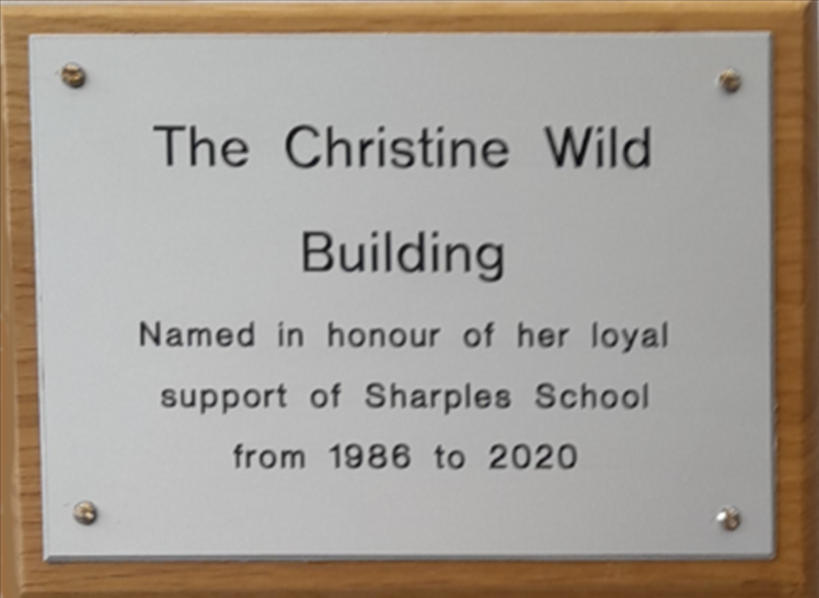