By Drew Speight24 June 2022No Comments 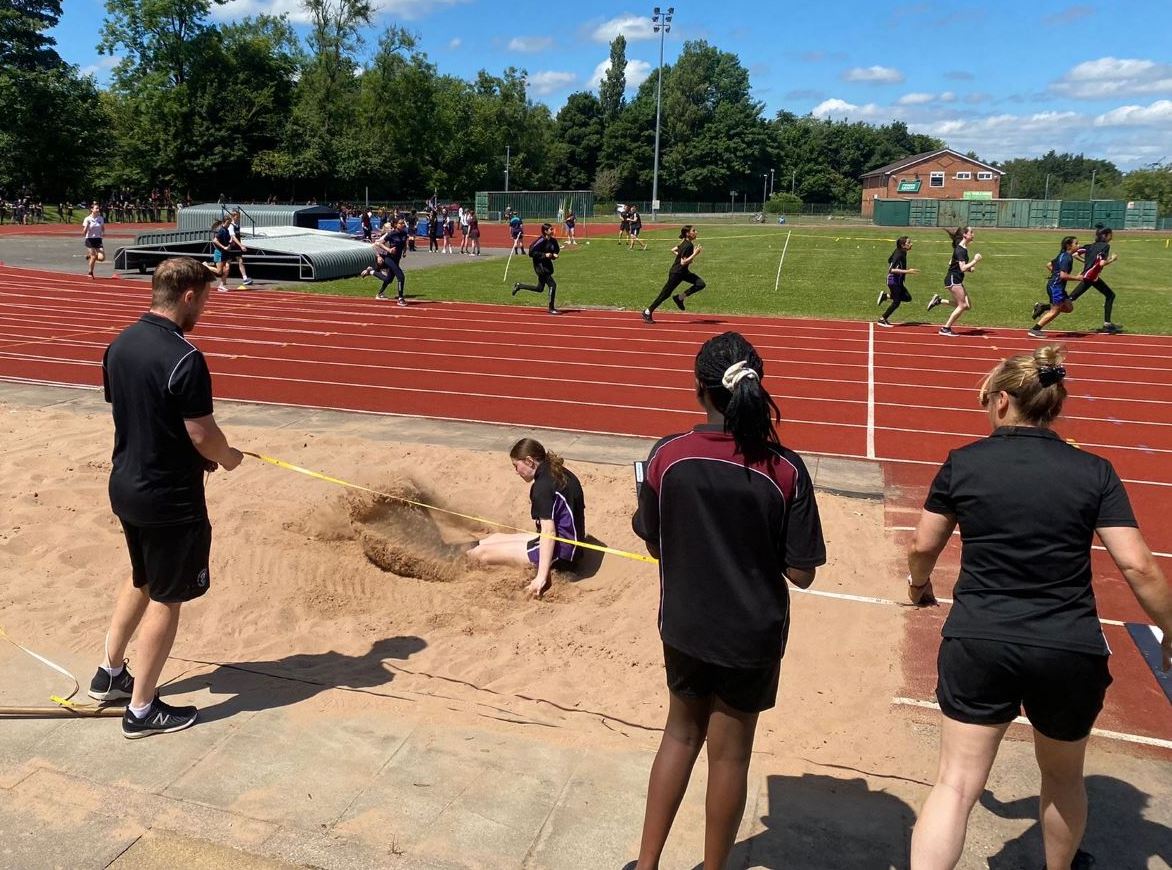 On a lovely Summer’s day, Sharples Year 7 and 8 athletes travelled to Leverhulme Park to compete in the Bolton Athletics Championships. Athletes have been working hard practising after school and all their hard work paid off with many superb performances.

The Year 7 and 8 boys relay team both made the finals but just missed out on a medal position. Sharples also managed to bring home some medals with some outstanding individual performances. Stand out medal performances were as follows:

Joe T was in superb form and won the shot putt event and then ran a personal best in the 200m to achieve a silver medal.

Ahmad P competed in the 300m and after making the final he still managed to find the energy to run a personal best and finish the race strong to win a bronze medal.

Tom McC represented Year 7 in the 800m and managed to finish 3rd place with a fantastic effort in the long distance event.

Ayaan Y had a tough heat in the 100m and made the final but wasn’t able to finish top 3 competing against some incredible athletes. However, no one could better his discus throw and he won the Gold!

Overall, it was a superb team performance with all students showing real determination and resilience and it was lovely to see students supporting their peers and representing their school with pride. Good luck to the Year 9 and 10 team who will be in action next Wednesday at Leverhulme Park. 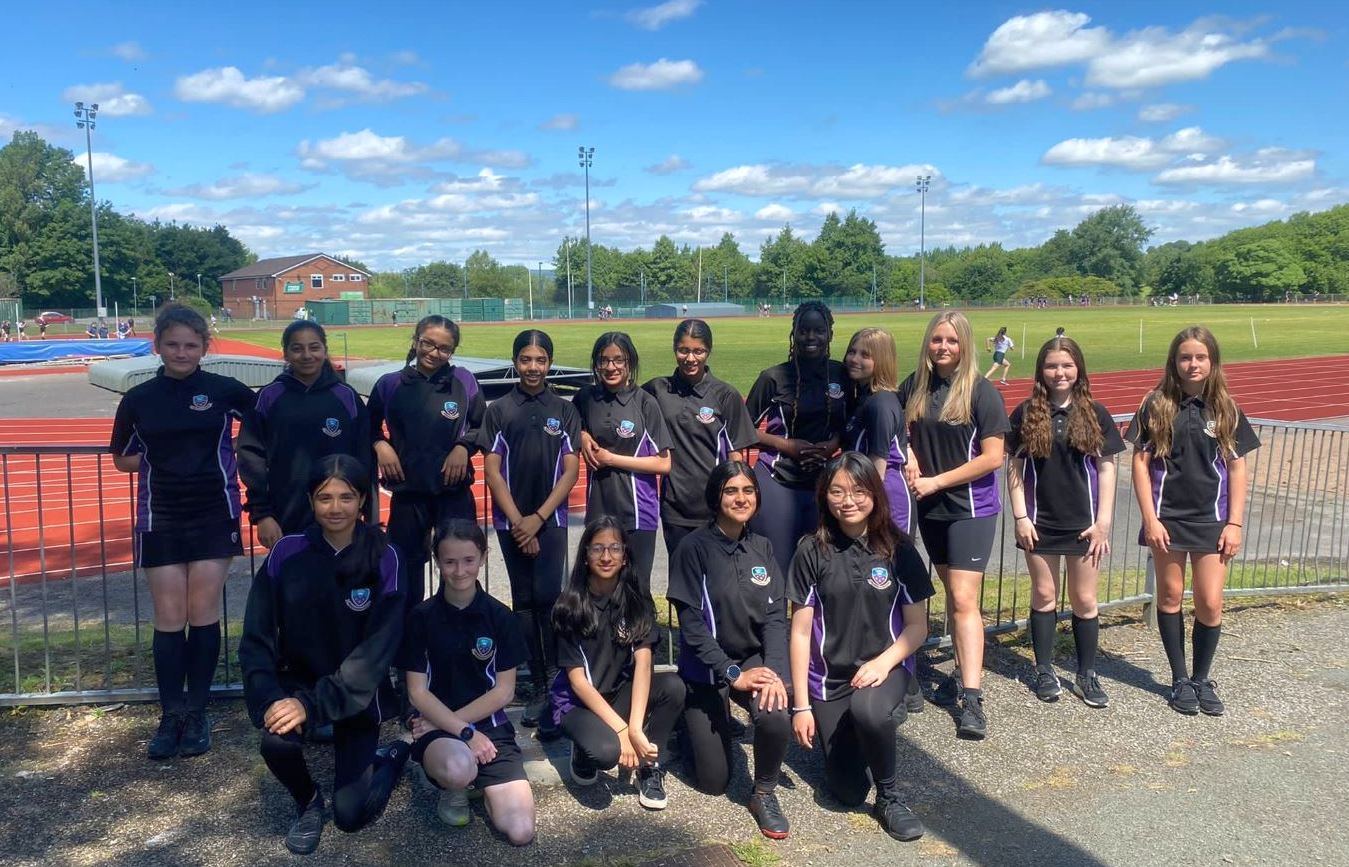 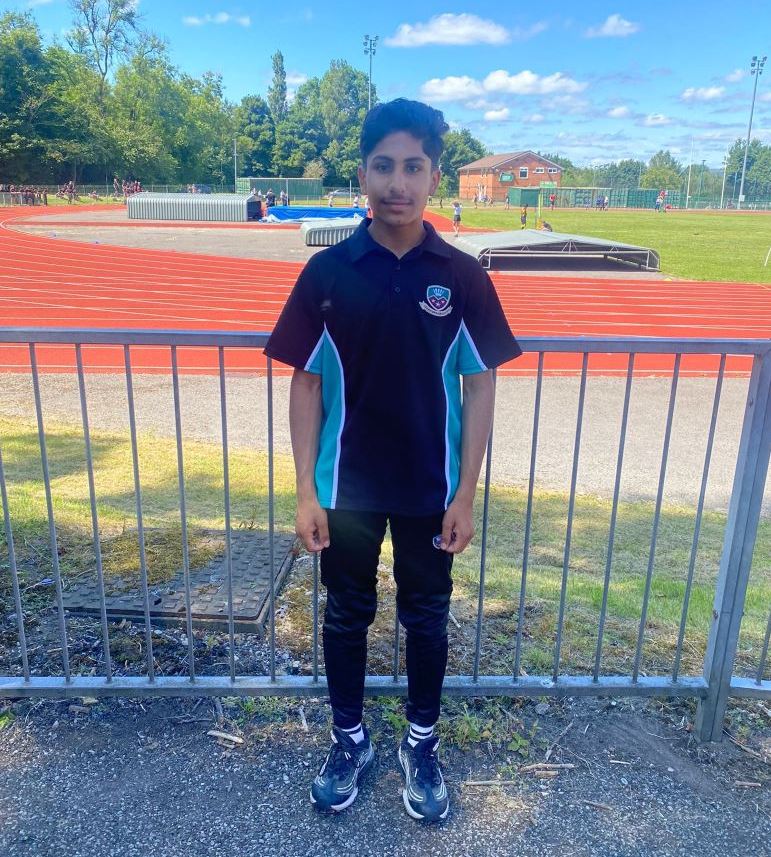