By sharples-admin24 January 2020No Comments 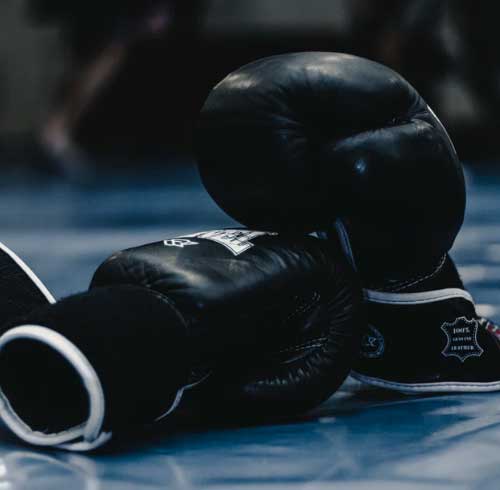 A group of lucky students had their first session at David Lloyd this week using their Prama dance studio. It was a challenging but enjoyable experience and the group are looking forward to their next session on Monday.

The boxing group were back in action on Tuesday after school with a session delivered by instructors from Tricky’s gym in Rivington. Anyone wanting to join the club for next week should see a member of the PE department.

The Year 8 football team have been training hard every week after school and at lunch time over the winter months. The team travelled to Kearsley Academy for their first league game of the calendar year. The opposition were extremely strong and Sharples looked a bit match rusty in what was a very disappointing first half performance. Kearsley were clinical and the game had already been won by half time. At half time the team were asked to show some pride, keep their heads up and be resilient. It was a fantastic response from the team and they went out and didn’t concede a goal in the second half in what was a great learning experience. Harvey Kenny put in a man of the match performance in defence after half time.

Year 9 and 10 both had their training session this week in preparation for a much anticipated friendly fixture next week. Both year groups have been playing against each other at lunch time and next week we will see who has the bragging rights when they come head to head after school on Wednesday.

The Year 7 football team travelled to Kearsley Academy once again after defeating the opposing team on penalties last week to progress to the semi final of the Bolton Cup. This week the team were back in action in the league in what was always going to be a difficult encounter with Kearsley looking for revenge. However, the team continues to go from strength to strength and recorded another victory, defeating Kearsley 3-1. Harvey Hampson clinically despatched both his penalties after an early lead courtesy of an own goal. The team were solid at the back with great commitment and determination throughout the game.

The KS3 girls football team had their first group matches of the season on Thursday. The team started off the hard way facing some of the toughest teams in Bolton. Sharples worked hard in their first game but couldn’t avoid a narrow one nil defeat. Sharples enjoyed more possession in the second game but couldn’t find a way past the opposing keeper. Fortunately, the Sharples defence and goalkeeper Aimee Gorball we’re in fantastic form and the result finished in a nil nil draw. The team saved their best performance until the end and deservedly beat Rivington and Blackrod one nil. Leah Jackson was solid in defence, Charlotte Robinson was a constant threat, deserving her goal and Sakeela Alli showed some wonderful skills in attack.

During lessons, Year 7 and 8 have been completing the multi-stage fitness test and discussing how their recent knowledge, gained during theory lessons, can be used to help them improve their fitness levels.

The attitude displayed by students has been exemplary, showing resilience and determination to better their score. Well done to all students. They have all been asked to reflect on their score and current physical fitness to encourage our pupils to engage in a healthy active lifestyle.