By sharples-admin15 February 2019No Comments 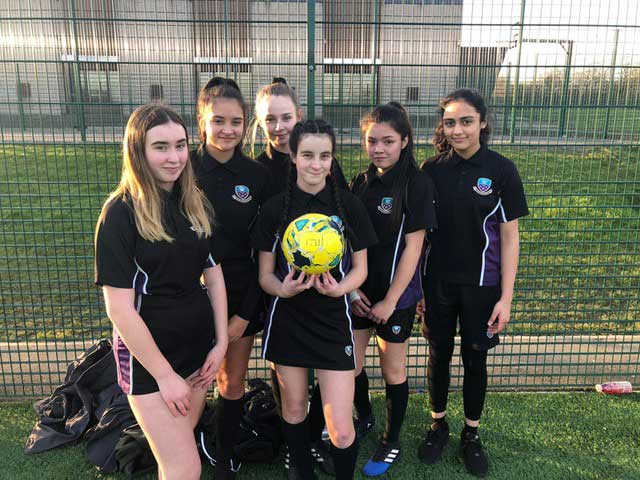 Year 8 were involved in an absolute thriller on Wednesday when they travelled to Essa Academy in the league. Sharples started the stronger and soon found themselves 2 goals up after Phil Ufoma and Muhammed Patel slotted home from close range. At half time, Sharples appeared to be cruising and should have been leading by a greater margin.

Sharples missed numerous opportunities at the start of the second period and both Liam Worswick and Phil Ufoma hit the woodwork. The visiting team were made to pay when Essa twice counter attacked and finished both times to level. As Sharples pressed for the winner, Essa once again broke the offside trap to put the home team in front. Sharples refused to give up and Phil Ufoma levelled in injury time in dramatic style. Unfortunately, it was one of those days though and Essa scored almost straight from the kick-off with the last kick of the game. Sharples dominated the game but were made to pay for their missed opportunities.

The KS4 Girls’ Football event took place on Thursday at Westhoughton High School and was a huge success. The first game was against St. Catherine’s and both teams enjoyed lots of possession in the early stages. After some sustainable pressure, St Catherine’s broke the deadlock. With two minutes left to play, Leah Winstanley latched onto a great pass (from Yasmin Walker) and was able to equalise sharing the points of the first game. During the second game, Sharples faced a tough task against the hosts with several players from the opposition playing for local academies – although that certainly didn’t phase them. With some terrific defensive efforts from the team, Leah Winstanley once again proved unstoppable in front of goal with an excellent finish into the bottom corner. The final score was Sharples 1 Westhoughton 0.

On Thursday the weather was lovely, it was perfect for the dedicated Running Club. Last week, the group went inside to do a team bleep test due to the weather but they were back outside this week and saw a number of runners record personal bests. All abilities and year groups are welcome and it’s great fun – come along and give it a go!