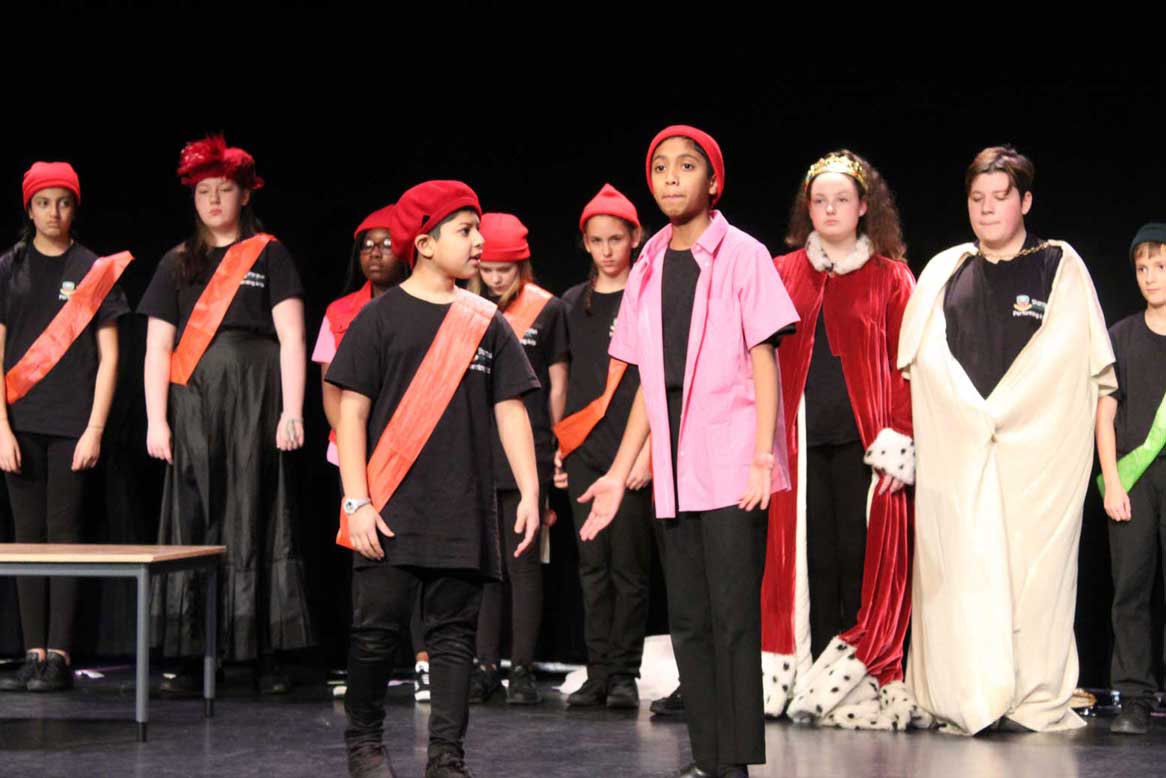 Congratulations and well done to the cast of Romeo and Juliet in this year’s Shakespeare Schools Festival at The Met Theatre, Bury. They performed to a sold-out audience on Wednesday night, which was followed by three performances to different year groups on Thursday morning at Sharples Theatre.

Paige and Kiara who also took part in last year’s Macbeth production said, “It’s been exhausting, but we’ve loved every minute of it!”

Paige said, “It was great to work in a professional theatre and to have the opportunity to work with students from other schools, who also love Performing Arts.”

Kiara said, “This has helped to build my self-confidence as well as develop my stage discipline and acting skills. Can’t wait for next year’s Festival!”

We hope everybody enjoys a well-earned rest over the weekend and then it’s on with our next show! Auditions are coming soon…