By Drew Speight29 July 2022No Comments 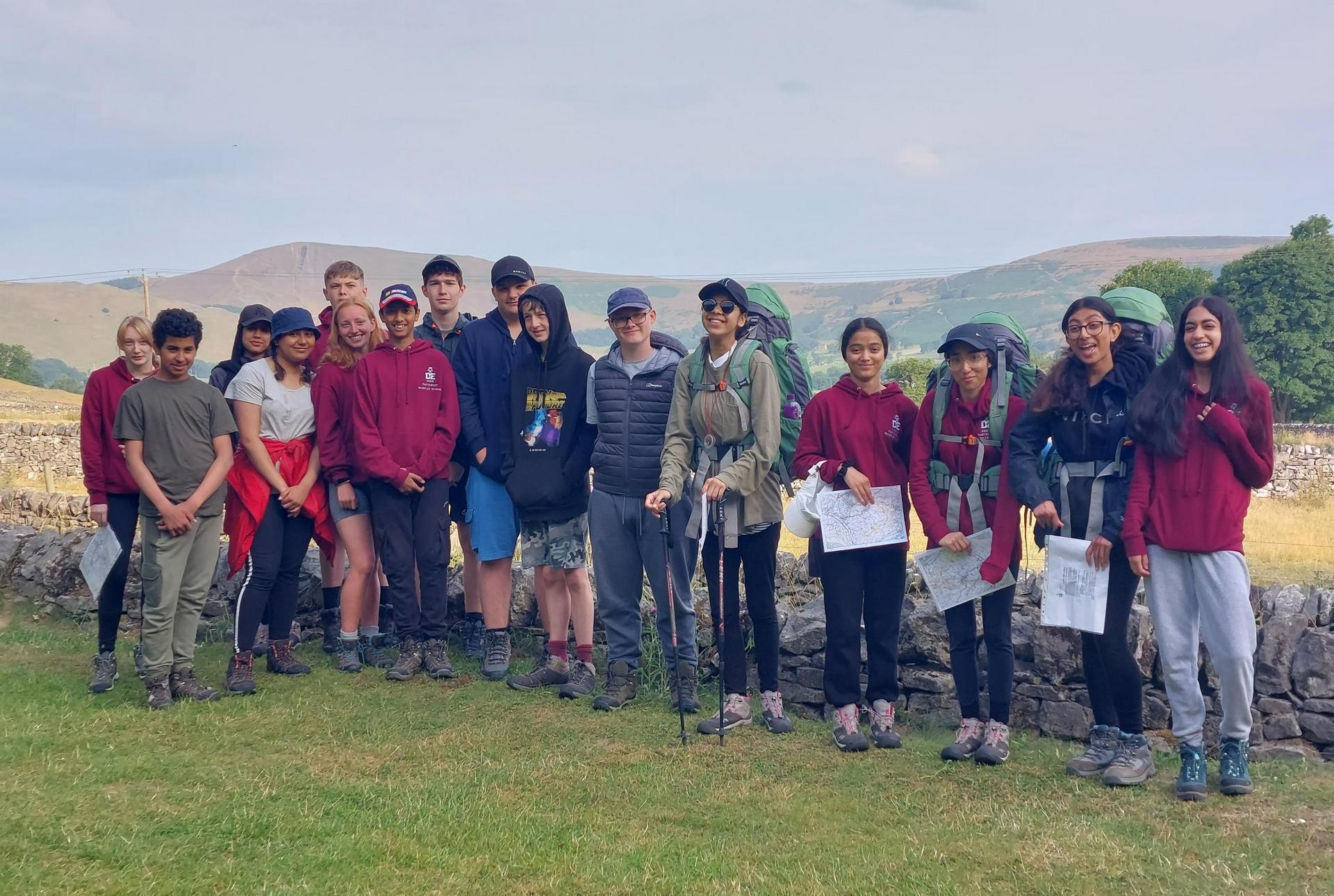 Over the weekend of the 15th, 16th and 17th July, 18 students from Year 10 completed their Duke of Edinburgh’s Silver Award qualifying expedition with three days’ walking and camping in the Derbyshire Peak District.

Having completed their Bronze Awards last year, they have been the first group of Sharples School students to follow their Silver Award programme.

For their Silver expedition, the students had to be self-sufficient in their teams of 6 or so. They planned their routes, did all their own navigating, carried their own camping equipment and supplies, cooked their own evening meals on their camp stoves and put up and slept overnight in their own tents. They also carried out a project investigating the history of the Plague outbreak in Eyam, Derbyshire in 1665, the village that quarantined itself to prevent the Plague from spreading to neighbouring villages. All 18 passed with flying colours.

Building on their Bronze Award experience, the students had gained valuable experience and learned lessons from their training walks in the countryside close to school and their practice expedition in the Clitheroe area in May. Their qualifying expedition went smoothly as they put their experience to the test. On their third day (Sunday) temperatures were forecast to rise sharply. The students adjusted their plans accordingly. They started early so as to finish early. They adapted their route to follow shady woodland paths where possible and they finished with an hour exploring one of the show caves in the Castleton District – Treak Cliff Cavern.

Most importantly perhaps, the students have developed and repeatedly shown teamwork, independence and resilience, organising and planning their own activities, showing commitment in getting them done and supporting each other with smiles on their faces. They have persevered resiliently when things have gone against them and they will carry these qualities and maturity with them in their GCSE studies and in all that they do after that. They will also have the opportunity to complete their Gold Award in the future. Congratulations and very well done!