By sharples-admin12 October 2018No Comments 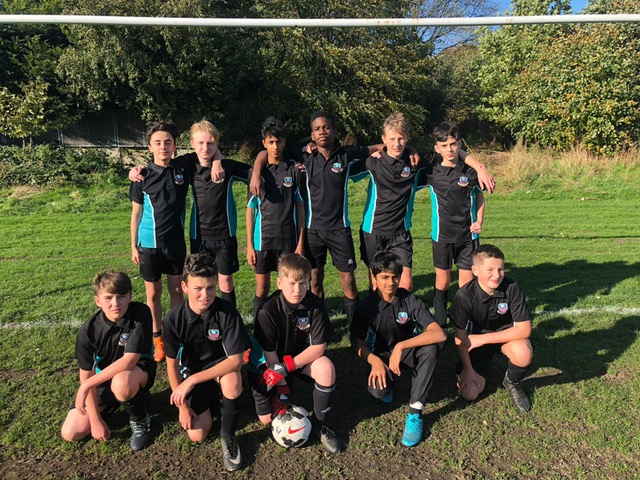 The Year 9 and 10 football teams had a week off but will be back in action next Thursday against Kearsley Academy. Year 7 and 8 have both had a busy week though playing two games in two days and giving the managers a good opportunity to utilise their full squad.

First up was local rivals Thornleigh. Year 7 got off to a good start with Noah and Ashton leading the way down the left hand side with good runs from Mohamed Dawood. At half time, the score was 2-1 to Thornleigh with Harvey Kenny scoring for Sharples. The second half was better for Sharples however, after Thornleigh scoring another one, motivation was lost. After a good team talk, Harvey again scored to bring it to 3-2. Unfortunately, this is how the game ended but (as a team) some really good football, passing and moving was played.

Year 8 made a positive start to the season with a dominant 2-0 victory against Thornleigh. The team enjoyed lots of possession, in the early stages, and made the opposition goalkeeper work from minute one with several shots on target. After continuous pressure by the home side, Jameel Khan hit the back of the net for Sharples after some crisp passing. During the second half, both teams had several chances although the defence from the home side held firm. After several great saves from the Thornleigh keeper, Sharples finally put the game to bed with an excellent finish from Lewis Spencer. ‘Man of the Match’ was Muhammad Patel with a fantastic display both with the ball and in defence. Year 8 continued their impressive start to the season recording another win (the following day) against Kearsley Academy. It was a dominant performance which saw the team smash six goals without reply. Muhammad Patel put in a ‘Man of the Match’ display scoring four goals, Selim Simsek scored a free kick, Phil Ufoma headed home from a corner and Liam Worswick added another. Jacob Bolton was immense in defence too! The team put in a superb performance and it was excellent preparation for their cup match next Tuesday.

Year 7 were looking to bounce back from their narrow defeat the previous day. However, it was a difficult ask against a very good Kearsley team. Mr Stapley used the heavy fixture load to rotate the squad and reward those that have been working hard in training.

Kearsley started strong with their two forwards dictating play. By half time Kearsley were 3-0 up, Sharples were hanging on with a good performance from Ibrahim in goal. Noah and Ziad worked hard to get a goal back with Noah forcing a penalty. From this, Noah scored. Unfortunately, Kearsley were too strong in the end and the game ended 5-1. Year 7 will have the opportunity to put this defeat behind them on Tuesday against St James in the Bolton Cup.