English Department Work of the Week

By sharples-admin30 April 2021No Comments 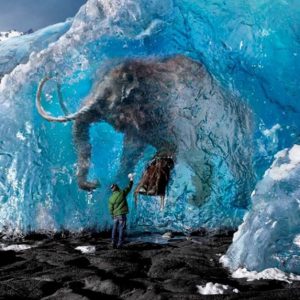 Saffiya Abdulh as written a brilliant response to the picture below.

The boy, who was petrified yet fascinated, stood back. His mind was racing with questions. How was it alive? Is my mind playing tricks on me? Moving slowly, he examined the mammoth standing before him.

“It looks quite old,” he murmured to himself. Suddenly, another growl came from the creature. The boy quickly took a step back. His mouth gaped as both he and the creature stared into eachothers eyes. Amazed, he walked forward reaching for its exposed foot. It was strangely soft yet cold.

“Wow,” he whispered. It felt like a dream. A REAL mammoth that was alive stood before him.

Wow! What a fantastic character analysis by Masooma Zahoor!

Q: How is Eddie presented in the extract? 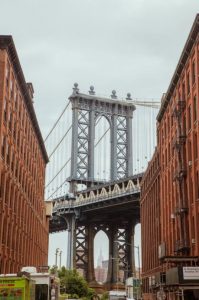 Immediately, Miller presents Eddie as a controlling, manipulative and a superior figure in the passage, at the first introduction of the character. Eddie receives a ‘good news’ from his niece (Catherine) that she has got a job, as a stenographer. Eddie stutters in demand that ‘no’ she is ‘gonna finish school.’ Instantly, the use of imperative conveys Eddie’s controlling behaviour towards Catherine and the verb ‘gonna’ implies his aggressive tone to imply the emphasis of his controlling behaviour towards her. Eddie’s portrayal illustrates an obstinate, possessive character in the passage. Furthermore, Eddie continues to illustrate his superiority in the household and gives the idea of masculinity, as he informs her that this is ‘ain’t what I wanted, though’ again, this egotistical Eddie is obsessive with pushing her around and following his command and desire. The vowel ‘I’ clarifies how Eddie’s decision matters a lot in Catherine’s choices. Instantaneously, the audience will be surprised and shocked to see Eddie’s controlling behaviour and how he assumes that Catherine should ask for permission in every decision. They would also notice Eddie’s selfishness and how he expects everything to be according to his approval. Learning that Arthur Miller is recognized as the most important figure in the 20th Century American theater, he drew public attention to controversial, political and social issues. Indeed, this influenced his writing and his work changed the way plays are written, but his plays tend to focus on the characters more than anything else.

Moreover, the playwright demonstrates an explicit impression of Eddie Carbone by portraying his possessive nature in the extract. Eddie constantly illustrates his disgust with Catherine’s new job, and asks ‘Where’s the job?’ and ‘What company?’, Eddie’s responses suggest his worry over little things and how pathetic it is when it comes to making excuses to make her stay. Additionally, the stage directions – ‘(strangely nervous)’ highlights Eddie’s insecurity with Catherine working with other men, because of this possessive nature he has. Eddie being possessive towards Catherine hints his protective and caring treatment towards her, however, this also indicates Eddie being overbearing. With Catherine insisting to work and Eddie denying the fact that she will be earning ‘fifty dollars a week’, Eddie still decides that she shouldn’t work and how he wants her to stay with them, as long as possible. The audience would comment on Eddie’s possessive nature in terms of Catherine, and they might question Eddie’s affection towards her and this manipulation for encouraging Catherine to continue and ‘finish school’. We can relate this to Catherine being offered a job as a stenographer and how their family is from an American working-class family. However, Eddie is not ready to accept Catherine to enter the outside world. Miller has based the protagonist’s family background as his own experiences that Miller had gone through after the great depression in the 1930s, and how his family became poor and lost all their money, due to his family’s business forcefully closing down. Miller’s ideas have been influential in society and how his childhood experiences influenced his writing over the years.

Later in the extract, we learn how Miller describes Eddie’s typical behaviour towards Catherine and how he simply behaves as expected when he comments on ‘all of a sudden you-’. Immediately, we can determine Eddie’s shock and how he feels dismayed at the fact that Catherine did not consider informing him beforehand. Again, this assumption of controlling and asking for permission has been clearly reflected when Eddie connotes the pronoun – ‘you-’. Catherine expresses her excitement of a job to Eddie and how she ‘doesn’t believe it-’, the dash signifies the interruptions of Catherine and how Eddie displays his rude behaviour, whilst interrupting and directing his point across to her. Eddie portrays a powerful image across the audience and displays a figure of arrogance and authority, with his egoistic behaviour and expected responses to Catherine’s excitement of a job. Furthermore, in the passage Eddie changes his view about the job, he was sceptical and then strangely supportive at once, as he addresses Catherine being the ‘best’ girl and this juxtaposes with his point of disagreeing with the job before. Instantly, Eddie displays capricious behaviour as he was happily waiting at the dinner table, then he was suddenly angry after hearing her wanting to do a job. There was an undertone implying him being upset at the fact that she is moving away. The audience will acknowledge how Eddie demonstrates a father-figure to Catherine and how he values Catherine by portraying this possessive and controlling behaviour towards her. Initially, the audience will sense Eddie’s presence as a shadow upon Catherine, due to Eddie’s possessive nature and insecurity he has. At the end of the passage, the audience will be curious to know Eddie’s finalized decision of working in a ‘nice office’ and how he wants her to be with ‘different people’. The fact that he is thinking for the betterment of Catherine and how the audience will argue that although Eddie controls and has this possessive feeling towards her, he treats Catherine with an affectionate attitude and supports her in any way he can. Lastly, the concluding image of Eddie Carbone that Miller perceives in the passage, signifies the importance of Miller’s studies and how he has related this with greek literature that influenced his work to base this on the play ‘A View from the Bridge’.

Here is an outstanding Romeo and Juliet response by Zak Mohammed!

Here is an outstanding language analysis answer by Ellesha Leach.

Note: Some images may be subject to copyright.