English Department – Work of the Week

Year 7 have been studying Animal Farm this half term. Jemima Zahoor has written a fantastic message to convince other animals to join her in rebelling against the humans.

Dear patient friends,
At last we have gained victory that is rightfully ours and shall be ours – hopefully. We have courageously rebelled against the cruel Mr Jones and have eventually taken the farm in our hands, and have proudly renamed the farm, ‘Animal Farm.’ The farm was an unpleasant place to live in; it was extremely dreadful and unforgettable. They starved us for days and kept us in a cage like prisoners, we felt suffocated and depressed as we were unlucky at that time. Thankfully, now we live by our own will and breathe with our own will. We now know how it feels to breathe the air of freedom. We are now living a comfortable, acceptable, righteous and equal life that carries out justice and fairness. Join us at 10:00pm to celebrate our victory. We will have a feast and will enjoy the moment, while it lasts.

Khadijah Patel has creatively summarised the plot of Blood Brothers.

Here is a fantastic movie review written by Michael Marsden-Price.

Christopher Nolan’s sci-fi, action blockbuster is a must watch film for lovers of the genre. Tenet offers an engaging, suspenseful film, with amazing action sequences and phenomenal acting. With an enormous budget of 360 million pounds, Tenet delivers in every aspect.

Tenet is set in a future where dangerous technology has developed to a threatening degree. Our unnamed protagonist, an ex-CIA agent, is hired by an elusive group called Tenet – who introduces him to a hazardous type of ammunition that travels backwards in time, causing immense damage. These bullets are believed to be manufactured in the future, sent back to the present and need to be intercepted before they get into the wrong hands.

The protagonist is played by John David Washington, who gives a phenomenal performance and really makes you believe that he is this character. Robert Pattinson also makes an appearance in this film, who portrays his character with great skill and believability, and I fully believe that this is one of his best roles yet. The dynamic between these two actors is entertaining and engaging to watch; Tenet will never have you feeling bored. The film’s psychotic villain, Andrei Sator, is played by Kenneth Branagh, who offers a powerful performance, and steals the scene.

Tenet is not without fault however; the film has an astounding runtime of two and a half hours, and if you’re not paying attention it’s likely you will miss an important plot point and lose track of what’s going on. Despite that, the stunning visuals, exhilarating action, and great character dynamic make it worth watching.

Maria Ehiamen has written an outstanding report on reducing waste!

I know that here at Sharples we are eager to reduce waste and by doing so, help the environment and save money. Over the last month, I have carried out a study into how we could reduce waste and would appreciate you reading through my findings and taking my suggestions on board. After all, we all want the best for our school and environment. As a student in this school, it has been easier to find out things teachers may not be able to and I would like to share some of my findings with you. These findings include: paper resources; food waste; E-waste and how to solve the problems in our school. 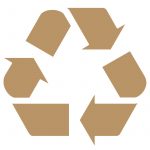 The first area I investigated was the amount of paper that we waste in school. I observed our posters around the school and the printed work that students do and noticed that much of the paper that we use is unnecessary. Teachers print out sheets and proceed to stick them in our books and that is wasting not only paper, but also ink which can be quite expensive. Recently, I had a question sheet that I had to complete. However, the questions were simple and I would have personally preferred to write them down and use the space in my book instead of wasting paper. In addition to that, our school has many posters advertising clubs and activities but is it really a necessity to use so much paper to advertise these things? Our school should encourage others to verbally advertise and reduce the waste of money and paper. This might also help students with their advertising and communication skills which I believe is very important for an individual to learn.

Food waste
The second area I explored was the amount of food that is wasted in the canteen. After observing lunch time, I noticed that the canteen was in disarray as food was scattered all over the floor. Some students did indeed eat their food however there was a large number of pupils who did not consume all their food and simply threw it away. After musing, I have come to a solution. To solve this problem, I suggest that students should get to choose their portion sizes to a certain extent as this could ensure that no food is being wasted in our canteen, as it can be a waste of money and difficult to clean up.

E-waste
Another way the school could be more environmentally friendly and save money is by reusing and recycling electrical items. Research reveals that 20% of the school’s expenditure is on buying new laptops and computers. However, only 10% or less is used on recycling these items and the result of this is that there are a lot of expensive electrical appliances that have to go to waste. This does not only waste money, but it also happens to be extremely harmful to the environment and puts our planet in danger. Dr Dann, professor of Environmental Studies at Oxford University, explains, “Millions of electrical items are dumped in landfill sites each year. Many of these items contain toxic substances so are very dangerous for the environment.” Instead of throwing electrical items away, I recommend we reuse them for other reasons or we sell them so that they can be used by others and the school makes a profit. This would benefit others and ourselves and would not only help the environment but would also help others. This solution is tentative as people may not be interested in these items however, we could always simply recycle the appliances and ensure that we are being eco-friendly.

In conclusion, our school should take actions in some of the things I have mentioned. It will benefit us greatly and will also highlight the importance of taking care of the Earth to students, teaching them how to save money and reduce waste when they grow up.

I appreciate you taking the time to read this report and I hope it provides you with ways to reduce waste and make Sharples School an even better, greener community.

Here is a brilliant review written by Ismail Bhikha.

Dynasty will have you creating your own empire.

This brand new, feel good series of summer was released on the weekend and within a blink of an eye became the ‘Top 1’ show on Netflix. Unless you live in a mansion, own a multi-billion dollar corporation, have a personal chauffeur and a private jet, you’re unlikely to have anything in common with the characters in Dynasty. And that’s what makes the show so great – it’s fun, amusing and diverting drama lets you escape from normality. Personally, it would be ridiculous for you to not join in on this binge watching, action packed show. 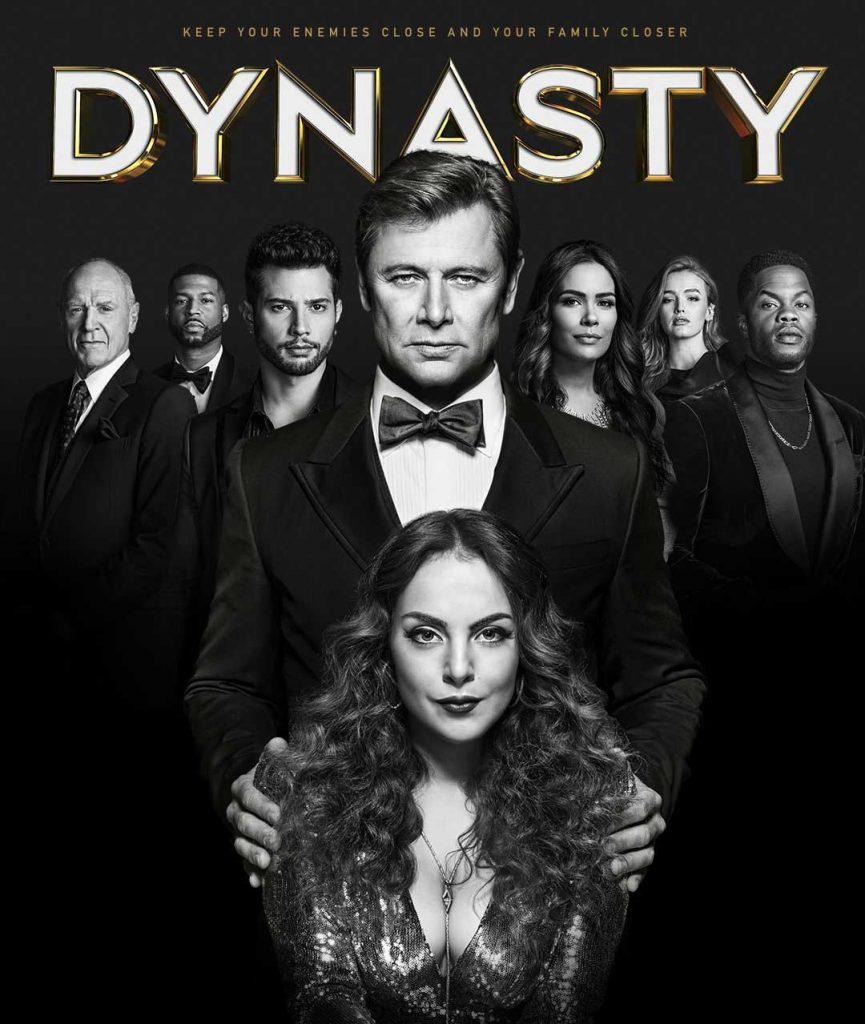 Set in the 21st century, this ‘society based’ series is no different to what you would find 100 years ago. Two wealthy families, both alike in dignity are portrayed as being at war with each other. You will feel pleasure and misery, tears and joy as you become emotionally attached to all the characters. This show will always manage to obtain your attention as it always takes a turn when least expected. Romance, drama, action, investigations and much more will have you sat at the edge of your seat as you eagerly wonder what will happen next. Once you start watching this, it will have you as captivated as a child with a toy.

Dynasty begins with heiress Fallon Carrington unhappy to find her billionaire father Blake engaged to Cristal, a rival employee at the family company. When Fallon’s machinations to separate the couple backfire and cost her a promotion, she allies with Blake’s nemesis and former employee, Jeff Colby, and strikes out on her own. Meanwhile, the arrival of Cristal’s opportunistic nephew Sam—who becomes romantically involved with Fallon’s wayward brother Steven—threatens to expose her past. The Carrington’s form a united front in the wake of the suspicious death of Cristal’s former lover Matthew, but things at the mansion do not remain harmonious for long. What follows is rivalry, jealousy, instability, anger and a whole lot more!

The two main characters, Blake and Fallon Carrington, a father and daughter played by Grant Show and Elizabeth Gilles are outstanding actors. Personally, I think that the relationship presented between them is heart-warming and is something a lot of children want with their fathers. The way he interacts with her is caring and considerate and he sees her for being the independent woman she is. However, the aspect of father-daughter competition in rich families is also shown to its fullest ranks possible. The strayed away son (Sam) who turns out to be an illegitimate child is relatable to the mislead rich American families. There may be multiple views on how Fallon is portrayed but I admire her self-reliance despite her spoiled nature.

Overall, the message of this show is that money, even billions of it, will not make you happy. Although this family has more than enough money to live the lavish lifestyle people aspire to live, the problems they face on a daily basis leave a lot to be desired.

Please note images may be subject to copyright.