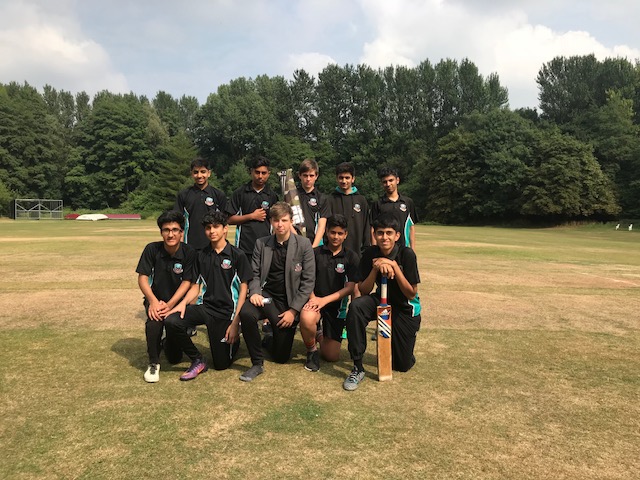 The Sharples Year 10 cricket team travelled to the neutral venue of Darcy Lever Cricket Club to compete against St James’ in the final of the Bolton Cup.

Sharples won the toss and opted to bat. Openers Mohammed Habib and Marcus Jackson showed no sign of nerves and quickly started to put runs on the board. However, the seventh over proved to be the turning point, when Mohammed Habib was stumped and Marcus Jackson ran himself out. The remainder of the team came in to bat but struggled to build any sort of momentum. Ameen Asmal and Zainul Kazi were joint top scorers with some impressive shots but a total of 59 runs was always going to be difficult to defend against a very talented St James’ team.

Sharples refused to give up and looked sharp in the field. Marcus Jackson took a couple of early wickets and Zainul Kazi produced the catch of the match on the boundary. The bowling was decent but unfortunately the total set wasn’t high enough and St James’ surpassed the score with relative ease.

Overall, it was a fantastic journey and great achievement to get to the final. The seventh over proved to be a decisive turning point but the team should be proud to finish runners up.