By sharples-admin16 November 2018No Comments 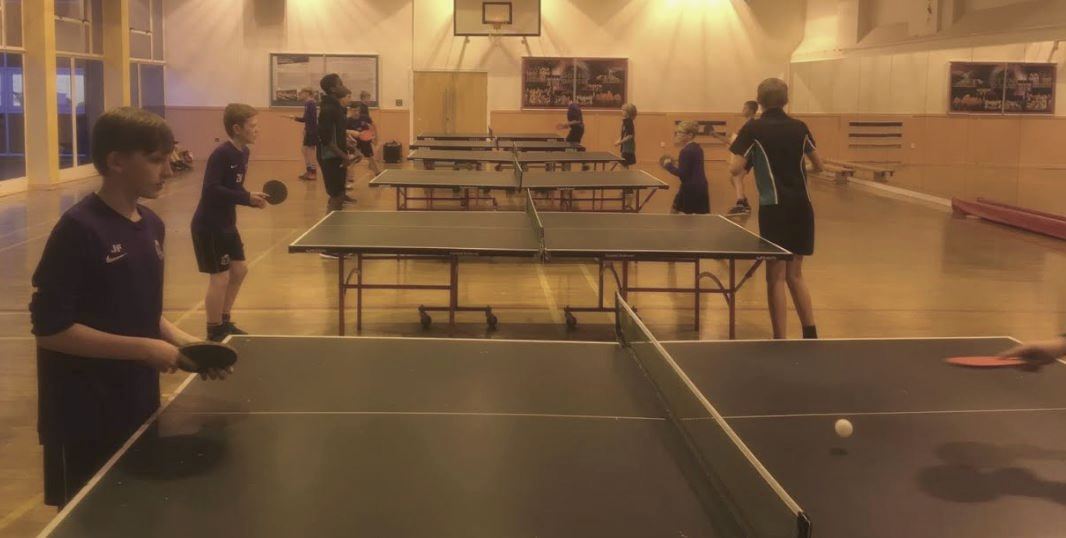 The table tennis team have been working hard in practise and had their first game of the season this week away at Thornleigh. It was a thrilling encounter that went all the way to the end with Sharples finishing victorious. Alex Grabowski has won the majority of games against older opposition. In addition, Archie Lonsdale and Sam Fullarton also put in a dominant performance. Debutants Harvey Kenny and Andy Craciun were excellent despite only being in year 7. Next week, the team will host Westhoughton High School on Wednesday.

The Year 7 football squad continue to train over the winter and, on Thursday, had a league fixture away at St Catherine’s. Sharples started the game on the front foot and created numerous chances. Ashton eventually broke the deadlock firing in from close range. Missed opportunities proved costly though as Sharples conceded just before the interval.

The second half wasn’t as open as the first and St Catherine’s looked like they’d won the game after scoring near the end. However, Sharples refused to accept defeat and equalised at the death. Ziad Mohamed picked up the ball, in his own half, and went on a jinking run past four defenders but hit his shot against the inside of the post. Fortunately, Harvey Kenny put in the rebound to score the goal his performance deserved. It was a fantastic team performance with Finley Westwood putting in a ‘Man of the Match’ display in defence.