By sharples-admin21 September 2018No Comments 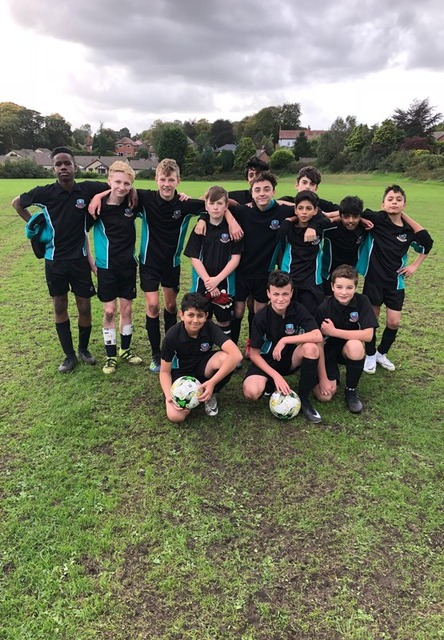 It’s been a busy week of fixtures at Sharples with Year 7-10 football teams all back in action in the league against Eden boys.

Year 7 have had a number of trials and the new squad was announced at the ‘freshers fair’. It was a thrilling encounter that finished dramatically with a last minute winner from Harvey Kenny to make it 3-2. For their first game, it was a very impressive team performance. Mason Hacking put in a ‘Man of the Match’ display in defence. Harvey Kenny had put Sharples in the lead earlier in the game with a clever overhead kick and Ubaid Mohmed slotted home after an excellent passing move. Overall, it was a great first game and there were lots of positives to build on. Training will commence next Tuesday in preparation for the Kearsley game the following week.

Year 10 will be hoping to start fulfilling some of their potential this year.  Having said this, they didn’t get off to a flying start. Sharples struggled to keep possession and were punished on the counter attack with an early goal in the first 5 minutes. Despite the teams best efforts to get back into the game, Eden were clinical in front of goal and took a 3 nil lead. Despite the efforts of the ‘Man of the Match (Abdifatah Mohamed) Sharples couldn’t get back into the game.

Moreover, Year 9 also struggled in their first game of the season. It was a tight first half and, even though we were defending well, Sharples found it difficult to create opportunities. Sharples found themselves 1 goal behind and then Hassan Mitha was spectacularly denied by the opposition’s keeper. To make matters worse, Eden went up to the other end and doubled their lead with the last kick of the half. Sharples looked more threatening in the second half and, despite Rayyan Ali firing into the top corner from a tight angle, it wasn’t enough to get anything from the game.

Year 8 were involved in a thrilling encounter and took a point after coming from behind 3 times. Sharples created numerous chances and were the better team but couldn’t capitalise on their good play and needed to be more clinical in front of goal. Sammy Ford impressed at full back and Liam Worswick ran the midfield with an impressive performance.