By sharples-admin31 January 2020No Comments

The boxing club continues on a Tuesday after school and it was fantastic to see some new faces attending. We will be arranging a trip to a boxing gym (for them to experience some sessions) in the future to reward their commitment.

The Year 9 and 10 football team train regularly together (at lunchtime) and this week they had the opportunity to compete against each other. The Year 9 team had a few noticeable absentees but still felt they had enough strength to put one over their older peers. However, it wasn’t to be as Year 10 showed their experience with an impressive tactical performance. Rayyan Ali was strong and clinical upfront, Moises had pace and power at the back, Daniel Bankole proved to be too strong – and fast – and Cole Bridge ran the game from midfield and converted his chances well.

Despite the final score line being 5-2; the Year 9 team were always in the game but were made to pay the price for their errors and missed good opportunities at important times during the game. Daniel Clarke didn’t put a foot wrong all game and Year 9 already fancy their chances in the rematch when they will be at full strength.

The KS3 basketball team (pictured) had their first game of the season this week. It was an impressive first performance competing against a number of teams from the borough. Marcus Valentine was superb dribbling the ball up the court and Cherie Ufoma was immense in front of the basket scoring most of the teams points. Sharples were able to register victories against both Essa teams and King’s Academy. The Year 9 and 10 basketball team will be in action, for the first time this season, next week. 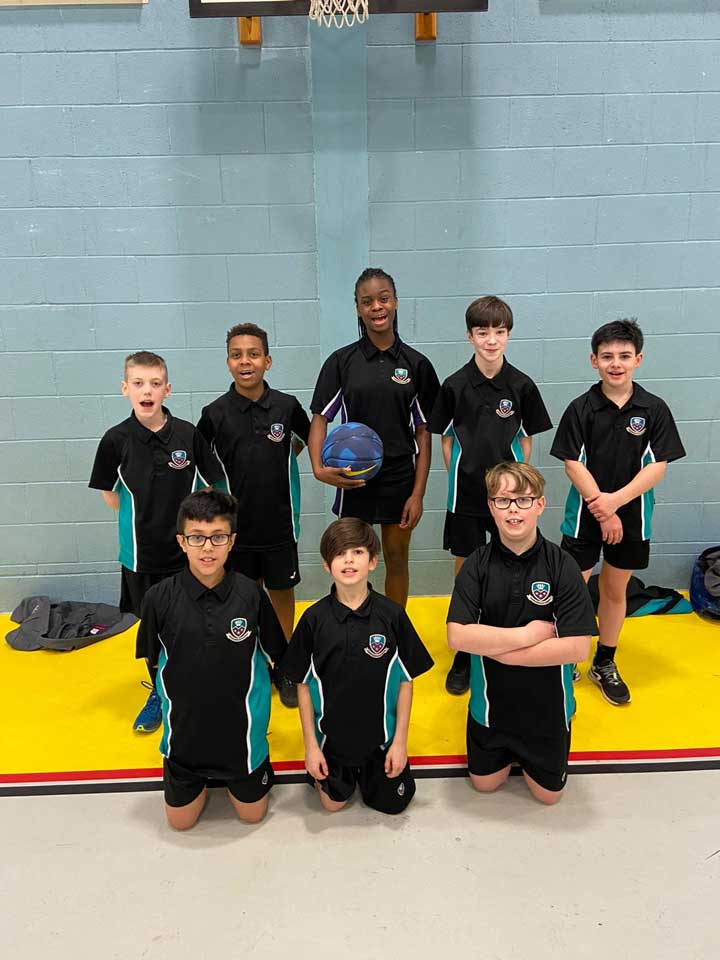