By sharples-admin28 February 2019No Comments 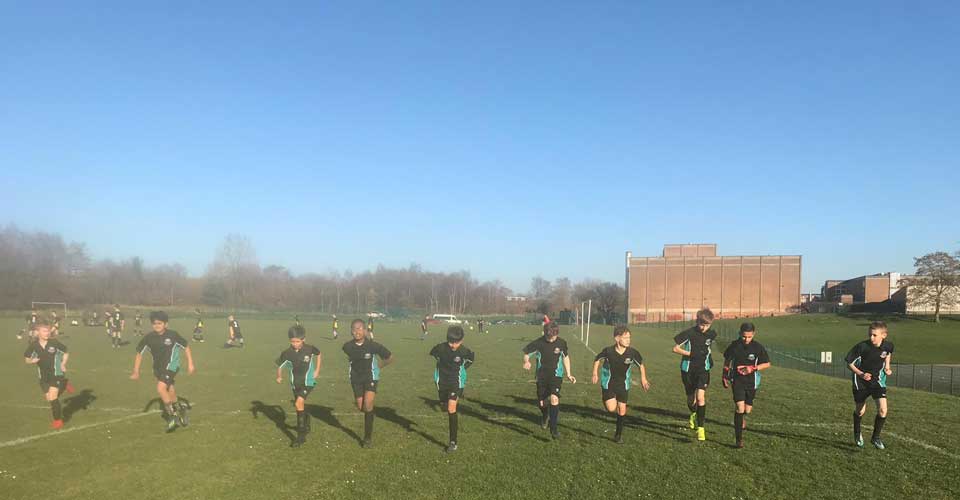 The sun was shining this week on our new astro-turf cricket wicket that has been fitted into the field at Sharples in preparation for the cricket season this Summer. It is a superb addition to the already impressive facilities at Sharples and will enable our students to train and play more matches.

The Year 7-9 football teams were back in action this week against Mount St Joseph’s in the Bolton League. Year 7 were looking to build upon some impressive recent performances over the winter months and have been training every week. The game started off well for Sharples with some nice interchanging football in the midfield played between Aston Reagan and Harvey Kenny. Half way through the first half, Mount St Joseph’s took the lead with a free kick outside the box. Tactics were changed and Ziad Mohammed was put as the sole striker. A through ball from MOTM Aston Regan was collected by Ziad, slotting it home just before halftime. After half time, Mount St Joseph’s started well scoring two goals in quick succession but Sharples endeavoured to carry on and had a couple of close misses, to which their keeper had to make some great saves. There were some all round good performances from Muhammad-Zain Bugasi as well as Tyler Irvine.

Year 9 had a depleted squad and struggled against strong opposition. Despite a poor start, Sharples levelled half way through the first half but were then punished after some individual errors. Despite a more resilient display in the second half, Sharples couldn’t get back into the game. Moises Tchuda Sana was immense at right back and led by example throughout refusing to give up and still drove the team forward.

It was a game of 2 halves for Year 8 when they travelled to Mount St Joseph’s. Sharples had a first half to forget as they conceded 5 goals before half time. The team deserve real credit for their second half performance and showed superb character (and resilience) to pull 4 goals back. They refused to accept defeat. Liam Worswick lead the attack scoring a hat trick and Muhammed Patel continued his goal scoring form.

The girls have had a number of practices this week and the Year 9 netball team will be back in action (in the league) next Tuesday. Next Thursday, the KS3 football team will be competing in another tournament at Westhoughton.