By sharples-admin7 February 2019No Comments 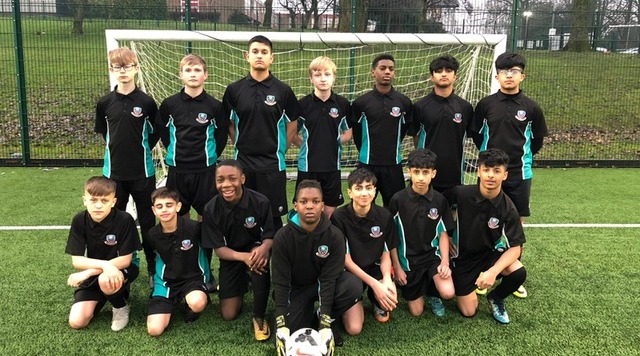 It’s been a difficult couple of weeks for Sharples’ teams with a number of fixtures affected by the weather. However, it was great to get back up and running this week with some competitive sport.

Firstly, the school would like to congratulate Harvey Kenny (7th) and Jack Riding (13th) who represented Bolton in the GM Championships this weekend.  It’s a fantastic achievement to represent the town and Harvey will now go on to represent Greater Manchester in the next competition.

Year 9 eventually had the chance to play Essa a fixture postponed twice due to the weather. It was well worth the wait though as both teams worked tirelessly and defended well. With the game tied the game went to penalties and Sharples finished 3-1 winners.  ‘Man of the Match’ was Daniel Bankole, with Jacob Bolton putting in a fantastic performance at the back.

Year 10 travelled to St Catherine’s (on the same night) but struggled against strong opposition.  Sharples kept possession pretty well but struggled to break down the oppositions defence and there wasn’t much Tanzeel could do in net to prevent a number of goals scored from distance.  St Catherine’s certainly had their shooting boots on.

It was the Bolton Gymnastics competition on Wednesday and Saffy Jolly, Faith Peake and Jess Hill have been preparing since Christmas for the competition.

Unfortunately, the girls’ KS3 football tournament had to be postponed on Thursday but will be replayed after half term.