Our Young Citizens are Streets Ahead. 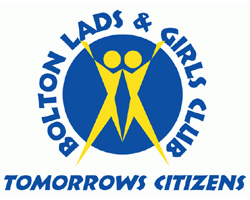 Our Young Citizens are Streets Ahead.
Year 7 pupils have been working hard fulfilling their ‘Tomorrow’s Citizens’ duties with Bolton Lads and Girls club, as the six-week community volunteer project moves into its final phase.
On Monday, after school, pupils were busy clearing litter from the local streets and they obviously did a very good job judging by comments the school has received from grateful residents. Jacqueline MacGregor, a local resident, said: “I just want to say thank you to all the children who have been out collecting litter. I live locally and there is rubbish everywhere; my son has been taught never to drop litter, but obviously a lot of people do. Thank you so much to everyone who tidied up. It’s appreciated!”
The pupils have also been collecting old toys and clothing for recycling or re-sale, which will benefit local charities.  Each Year 7 form has been collecting all week and will continue to do so up until next Tuesday.  If you can help by donating any old toys or clothes, our young citizens would be extremely grateful: donations can be brought into school directly by pupils or dropped off at the main reception.