By sharples-admin11 December 2019No Comments 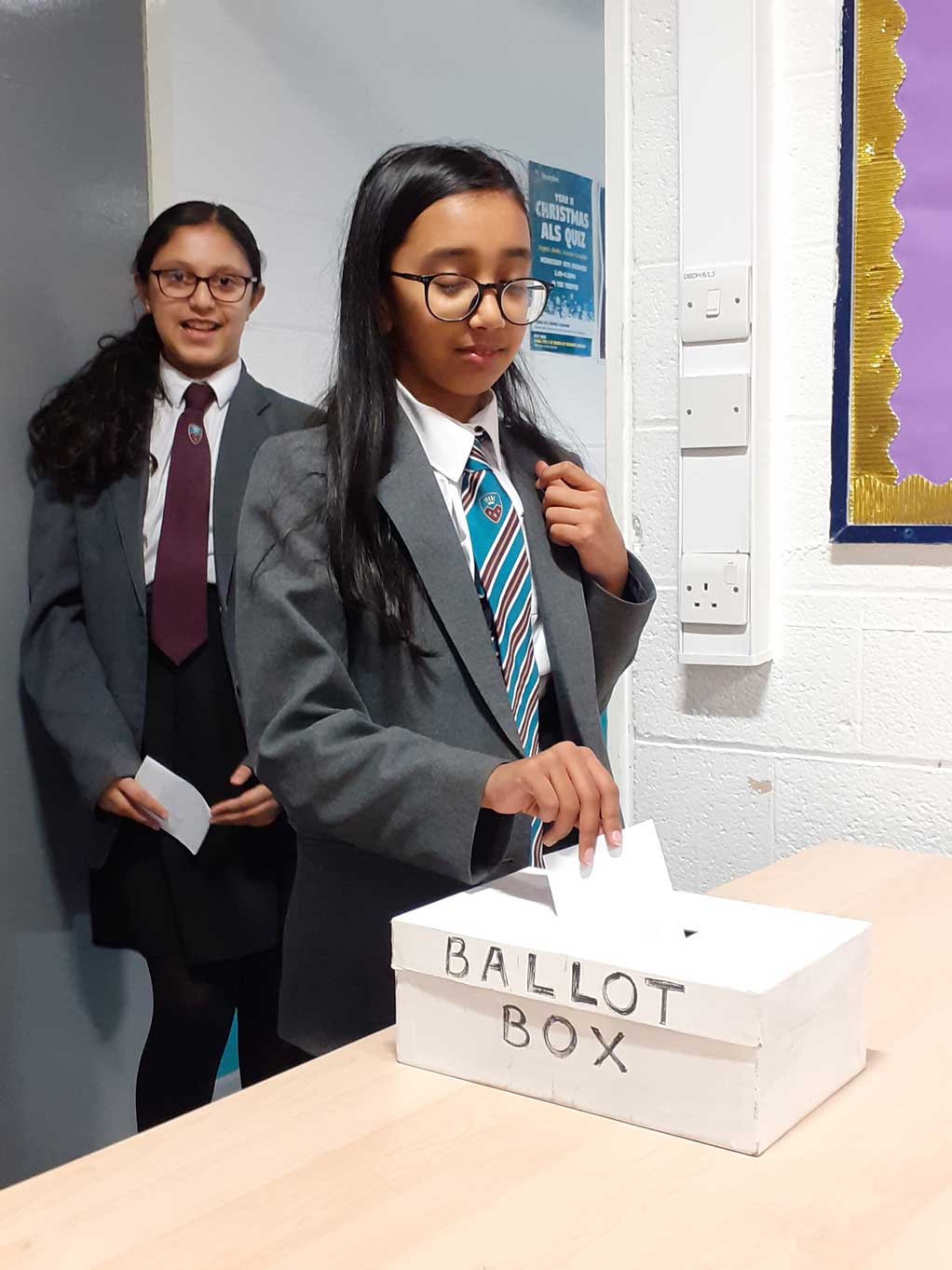 Sharples students have participated in a mock election in the run up to the general election this week. Students and staff in all year groups have voted in a secret ballot where they chose between the same range of parties as are standing in the Bolton North East constituency in the general election.

Our focus has not been on debating issues or campaigning. Instead, it is about educating our young citizens in the importance of voting and in how a secret ballot works. Students have voted along with their teachers in year assemblies over the last week.

And the result? Well you heard it here first! Labour won with 54% of the vote, with the Green Party in second with 14%. Other results were Liberal Democrats (13%), Conservative (10%) and Brexit Party (9%). There were 900 votes cast and 38 spoiled ballots.