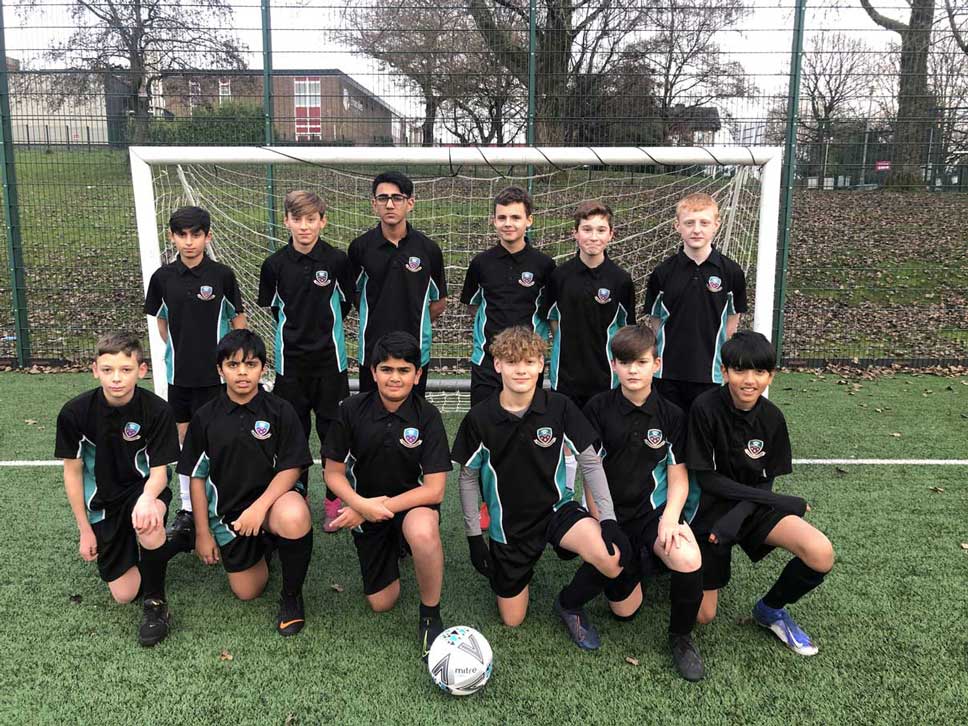 The Year 8 football team hosted Eden on Wednesday in what was a very bitter and cold weathered fixture. After conceding a goal early in the game, Year 8 replied with a fantastic team goal which was set up by Harvey Kenny and neatly finished by Andy Craciun. Eden responded immediately with the half-time score 2-1 to the visitors. After an action packed second half, which included a great strike from Muhammad Dawood and a last minute equiliser from Issa Adam, the scores were level at 3-3. The game went to penalties which finished with Sharples winning 4-2 overall after missing their first two chances at goal. The winning penalty was scored by Abbas Ali who kept his nerve under pressure!

Well done to all the squad in a great result for the team.