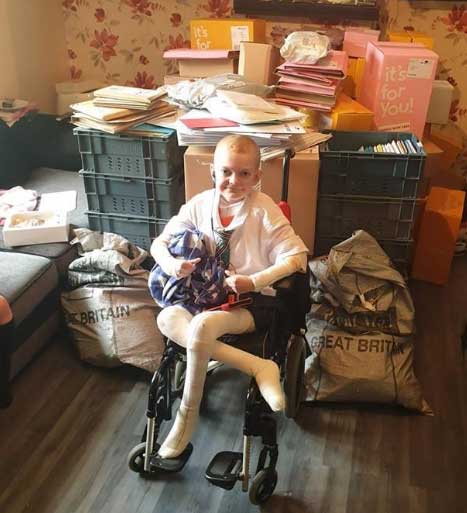 This week, Year 11 students took part in raising awareness about genetic conditions and in particular Epidemolysis bullosa, a skin condition caused by a gene, which one of our Year 9 Sharples students suffers from. Rhys Williams in Year 9 has lived with the debilitating condition since birth and this week the BBC came to film a programme about his daily struggle with the condition. Rhys is a fantastic student of Sharples School and amongst other subjects loves Animal Care where this week he was filmed with the Sharples snakes!

Head Boy Waahid Valli said, “We are wearing these badges in support of you Rhys, to show that we know about genetic conditions and we stand with you.”

Rhys and the Year 11 students will feature on the BBC2 Victoria Derbyshire Show at 10am on Friday 20th October. Watch it on the BBC IPlayer.