By Drew Speight27 January 2022No Comments 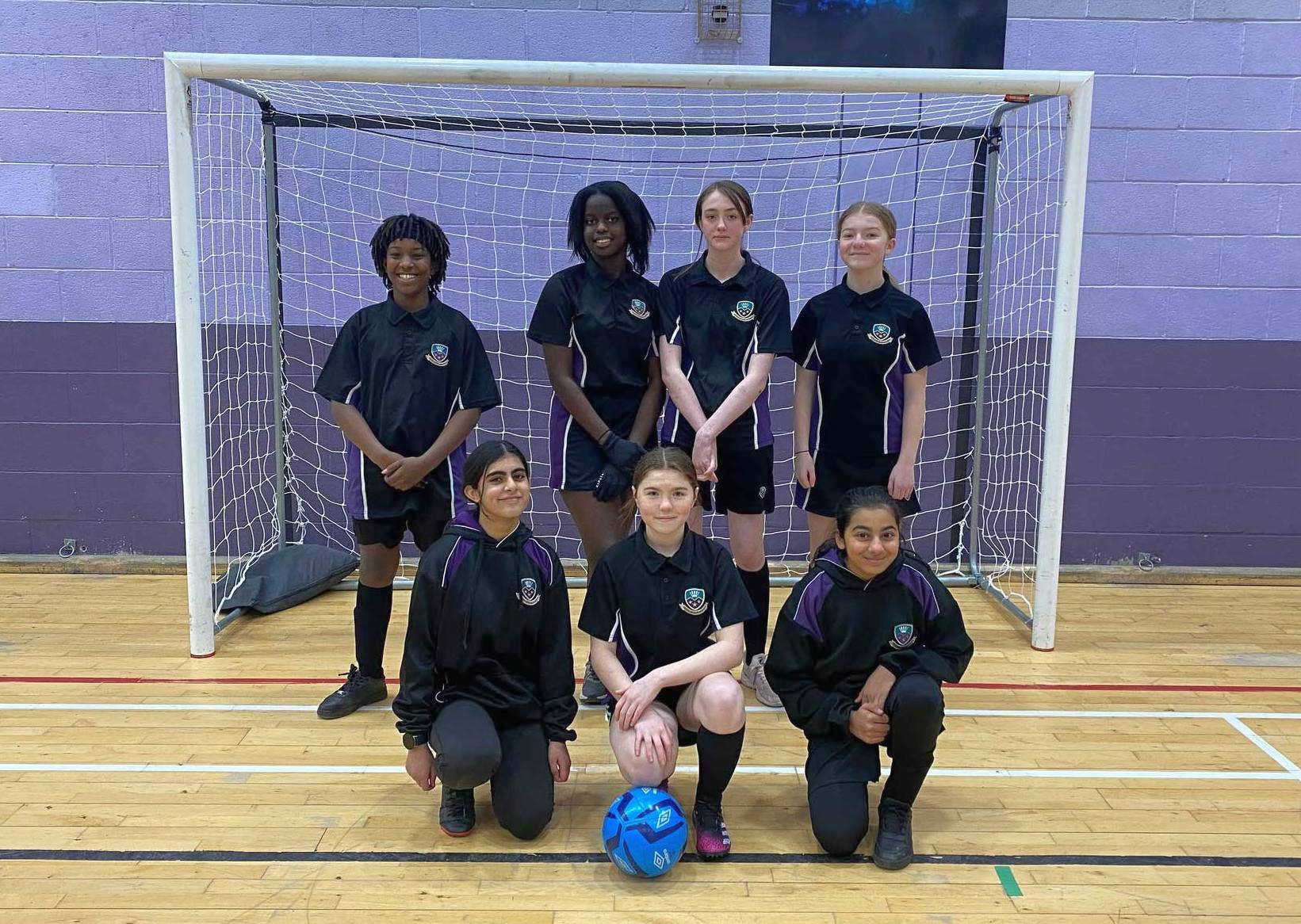 A massive well done to our Year 7 & Year 8 Futsal team who travelled to Smithills on Tuesday to play in the Bolton School’s Futsal Tournament. The girls faced some tough opposition and the nerves were evident in the first couple of matches where they drew against both Thornleigh teams. Once the nerves had settled, the girls came into form showcasing some excellent football beating St Catherines and both Canon Slade teams. The girls remained unbeaten in the tournament, drawing three and winning three, finishing 2nd overall just one point behind the winners! This was a fantastic effort from all of the girls which was their first ever Futsal tournament. Special mention must go to Khadija Valley (Year 7) who played fantastically and scored some brilliant goals.