By sharples-admin5 October 2018No Comments

The Year 9 football team had a difficult draw against Rivington and Blackrod on Monday in the Bolton Cup. Rivington took an early lead and Sharples struggled to recover. Daniel Bankole looked dangerous upfront and impressed on his first game of the season. Cole Bridge went close crashing his free kick against the crossbar and then Sharples eventually found the net with a well worked goal. It was only to be a consolation as Sharples crashed out of the cup.

The following day, Year 10 were looking to progress to the next round of the cup. It was a good performance by the team with Edison excelling at the back and Matthew Senior slotting home from the penalty spot. Overall, it was a good well fought performance but Sharples ran out of steam towards the end allowing St Catherine’s to capitalise. They scored two second half goals which won the game. The final result was 4-2. Sharples should be proud as they played some good football.

Unfortunately, the Year 7 and 8 game was postponed by Kearsley until the following week. However, it was fantastic to see 30 students from both years still turn up to football practice in preparation for next week. Both Year 7 and 8 have 2 fixtures next week as they look to build on their positive start to the season. 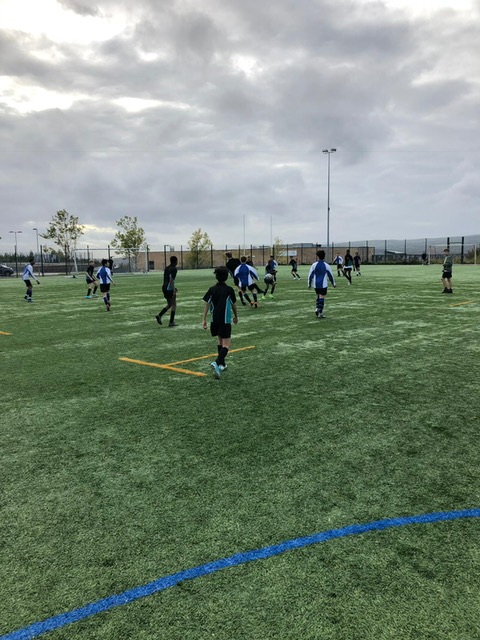