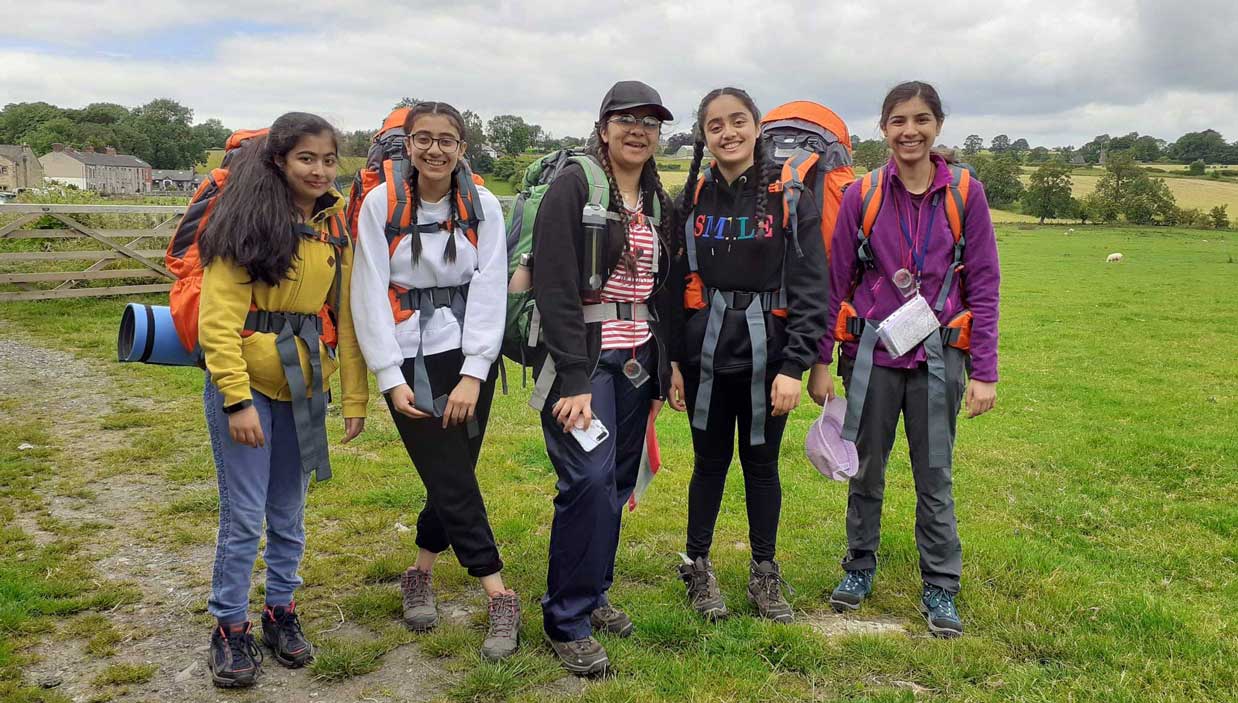 This week, 35 students from Year 10 completed their Duke of Edinburgh’s Award qualifying expedition with two days walking in the Lancashire countryside (near Clitheroe) and one night’s camping in between. The students had to be self-sufficient in their teams of between 4 and 7. They planned their routes, did all their own navigating, carried their own camping equipment and supplies, cooked their own evening meals (on their camp stoves) and put up – and took down – their own tents. All 35 passed with flying colours.

All the students had gained valuable experience and learned many lessons from their practice expedition in driving rain, in the Rivington area, in June. Their qualifying expedition went smoothly as they put their experience to the test in the warm July sunshine.

On the first day, teams walked from Sawley Abbey, where they investigated the ruins of a medieval monastery closed down by Henry VIII, to Waddow Hall via riverside paths. Some teams pushed themselves further by starting at Worston for a full 15km route. On day two, we enjoyed circular walking routes from Waddow Hall via the fields, woods and riverside meadows around Grindleton.

Prior to their expeditions, Year 10 students have been working on their Bronze Duke of Edinburgh’s Award all year, organising and completing their own activities in three categories:- Skill, Physical and Volunteering, over periods of 3 or 6 months. Some of their activities have included running regularly (with the school’s Running Club), volunteering in childrens’ playgroups or in old peoples’ homes and learning a musical instrument or a foreign language in their own time. They have really had a varied experience.

Most importantly perhaps, the students have developed and repeatedly shown teamwork, independence and resilience, organising and planning their own activities, showing commitment in getting them done and supporting each other with smiles on their faces. They have persevered resiliently when things have gone against them (not least the weather at Rivington in June!) and they will carry these qualities and maturity with them in their GCSE studies and in all that they do after that. Congratulations and very well done!