By sharples-admin22 June 2018No Comments 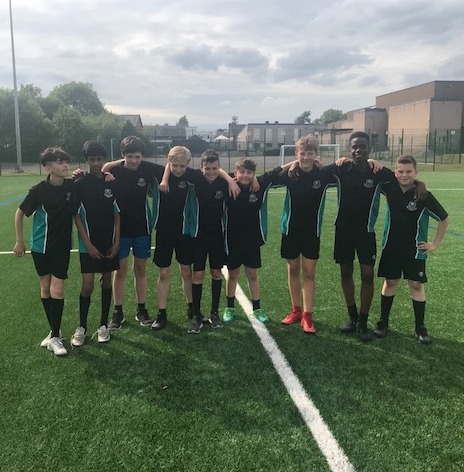 Year 7 boys competed in their first rugby league tournament at Westhoughton High School. All players had impressed during rugby sessions in school and the team had an abundance of strength and pace. In total, Sharples played 4 games and finished runners up after recording two wins, one draw and just the one loss. Sharples were the top scorers in the tournament with Mohammed Patel, Phil Ufoma, Josh Rand and Jacob Bolton amongst the scorers.

On Wednesday, it was the annual Year 9 and 10 Bolton athletics championship. As always, the standard of competition is exceptionally high when competing against the best athletes in the whole of Bolton. However, Sharples more than held their own and had some outstanding performances on the day.

In particular, Natasha Robinson and Gill Nogueria performed particularly well with both making the 200m final and Natasha getting a silver in the discus.