English Work of the Week

The not so normal forest

It was an ordinary day, just like any other, until… 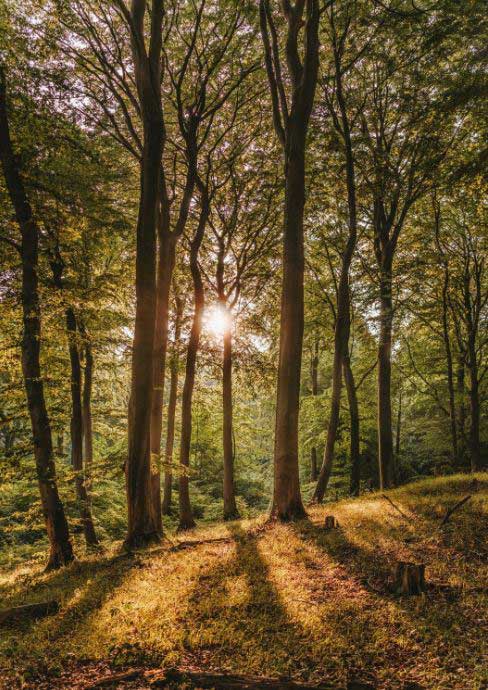 The shimmery sunset had risen, it raised as if angels were carrying it. I was meant to be meeting my friends today and we were going to a forest. A lot of people claim that it is a “haunted” forest, but we don’t believe that, in fact none of us do. I had got all of my stuff and started walking. It was a very bright and warm day.

I could see all of my friends, they all brought snacks and offered me a drink. We investigated it and were telling each other creepy stories about the “haunted” forest. We laughed and laughed, until we heard a noise, but it wasn’t just any noise, it sounded like someone was screaming. Things began to get weird; the sky started raining and it started to get cold. The trees began to shake and the leaves started to slowly fall off the branches. Everything got so intense that a massive tree nearly crushed all of us. I could hear people whisper my name, screams were all around us, wherever we went. It was like demons were watching over us. The deafening screams terrified us as we walked.

We started to run as fast as cheetahs. Suddenly a loud scream traumatized us all! It was almost as if spirits were screaming right against our ears. But luckily, we made it out. It looks like people were right after all, that forest will be haunted forever.

Nikita Hayes has written a fantastic diary entry from the point of view of Mickey in Blood Brothers. 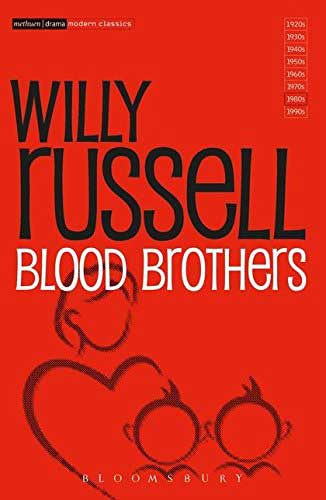 I have finally left that cold, empty cell. I’ve left but why does it feel like I’m still there? Like I’ve left a part of me, so crucial that without it, I’m invisible. Nothing. Shouldn’t I be happy? Shouldn’t I be celebrating? Then why can’t I feel anything? If not happy, then guilty. At least something! But no. Nothing. Empty. But maybe it’s better off like that. Perhaps I don’t deserve any of these things. To feel. To live. To breathe. I mean, who am I anyways? I’m nothing. Nothing but a boy. A Johnstone. Nothing but an existence. As Linda’s smile grows when she sees me, my face remains the same. As she puts her loving and meaningful arms around me to hug me, I stand still. She began to talk to me and tell me about how much she missed me and how much she loves me and how excited she is that I’m back. I couldn’t say anything back. And me, being the selfish person I am, can’t even feel guilty for that. How could she be so happy, when we have nothing to be happy about? I got in my bed and sighed as I took another pill.

Linda got me a job and a house for me, her and our baby. Linda does it all. Before I left the house to go to work, I began my hunt for my pills.

“What are ya looking for?” she asked me.

A feeling of defence shook throughout my body. It felt as if she was taunting me. She knows I need them, she knows EXACTLY what I’m looking for. Would it make her feel better for me to say it? Is she trying to show off?

She says they change me…that I’m not myself when I take them. And that’s exactly why I take them. So I’m not me. Anything, but not me. I was at work when it was time to take them again. Like an echo, Linda’s words rang through my head. My body reached for them, but I fought.

I put the pills down.

Finally, after a long day at work, I got home. But something was different today. I was kinda excited to see Linda. And also kinda proud of myself for doing something so difficult for me, just for Linda. As I walked in, I saw Mrs Lyons. Oh god. She glanced at me and gestured her head towards the window she was looking through. I walked towards her, unsure and definitely not prepared for what was about to happen.

Of course. It just had to be him.

Here is an outstanding narrative by Fatimah Ismail.

Was it really considered “immoral” to be happy?

Something you must know about my parents is that they’re willing to ruin my whole future and get me married to a self-centred moron in order to uphold their “reputation.” Believe me, all that Fabio cared about was his money. How can a man who is so frugal ever keep a woman happy? And that too for the rest of her life?

Maybe I’d gradually come to understand if I had no possible suitor, but that was the problem. My heart belonged to another man and his to mine. Diego was everything I could possibly ask for; kind, compassionate and hard-working. However, my parents would not allow our marriage as he was not (as you would call) rich. I was disgusted that my family would think this way, as long as I had a roof over my head, food and water and a loving husband, what more could matter? They ignored how happy he would make me and instead told me to ignore whatever feelings I had for him. So to them I was just meant to disregard two years of knowing that I had found my soulmate? Two years where every moment we spent together was filled with bliss? Two years of feeling like I actually mattered to someone?

The dreaded day of the wedding arrived, I felt sick to my stomach knowing that I would have to push away Diego for this big-headed fool. I couldn’t even muster a smile nor look my parents in the eye after seeing how unbothered they were about my pain. Yes, I wanted a beautiful wedding but the whole aspect of it being ‘the best day of my life’ was completely thrown away as this was apparently where my future was headed. Fabio looked horrendous in the black tuxedo he’d adorned with diamonds, it was as if my ‘to be’ husband was a walking disco ball! I felt as if my whole world was falling apart bit by bit, inch by inch and there was nothing I could do to stop it from crumbling.

It was that time, the time to say the feared wedding vows. I needed a moment alone outside before I could go back into that roasting hall. I looked around the grounds of the hall one last time, maybe Diego would come. And there he was, wearing a charcoal black tux and a bowtie. His chocolate brown eyes glowed like pools of honey in the amber sunlight and his gorgeous smile twinkled against its delicate rays. He was waiting for me and for me only. At that moment I knew, I knew that the only way we could ever be happy together was to run. Run away far from here and never return and that’s what we decided to do.

Well, maybe not run, but drive out of this place. The breeze felt calming on my face and through my hair as we sped along the motorway. The sun stretched its golden arms once more and smiled down on us. The branches of the leafy green trees swayed slowly against the cool wind. I felt like I was floating and everything in my life was perfect in this moment. It suddenly hit me, we had eloped. I knew I was meant to feel bad but I didn’t. Instead, I felt like the whole world revolved around us. I felt euphoric! Side by side, hand in hand, I couldn’t wait to explore what the future had in store for us.

Here is a terrific language analysis answer by Sana Umarji.

Question: What impression do you get of Mariam in this extract?

Initially, Mariam has been portrayed to be courageous and her level of bravery shone through as she became more aggressive and violent when it came to her choosing life or death. However that came with time because of how many “pleading words she cried out” to stop the pain from progressing. The adjective ‘pleading’ itself conveys the desperation in her voice as her power is quickly degrading as Rasheed engulfs every single piece of her taking her dignity with him as she becomes inferior to him. Whereas, when Mariam set her intentions straight, she started “clawing, digging, pulling, scratching” Rasheed. These verbs convey all acts of hopelessness of Mariam as she is infuriated at letting a patriacital man abuse her, making her vulnerable to him. As a reader, I interpret the build up to Maryam’s bravery slowly overcoming her innocence as she breaks all stereotypical ways of being dealt with in this situation, portraying to me she is able of more.

Moreover, her “chipped nails” signifies everything she has lost mentally over time being under Rasheed’s responsibility however also how close she is towards her death if her plan to escape this life will fail. Both her and Laila were “shocked” by what they have overcome and the courage they have created to finally be accountable for their own lives. The prepositional phrase indicates how dumbfounded Mariam is by her own power and bravery. However with this did come the internal monologue of Mariam profound with asking herself if she “has been a deceitful life?” or a “dishonourable woman?”. This was Miriam’s epiphany as she repeated asking herself rhetorical questions as she may have felt exasperated by all the torment she caused when she was full of rage and anger. I acknowledge that Mariam may feel a bit uneasy with the violence and disobedience some may say, however I believe she shouldn’t be questioning what she has committed as her life depended on it. Mariam asking herself if she is a “dishonorable woman” shows the condescending ways Rasheed has worked towards her to make her believe this. 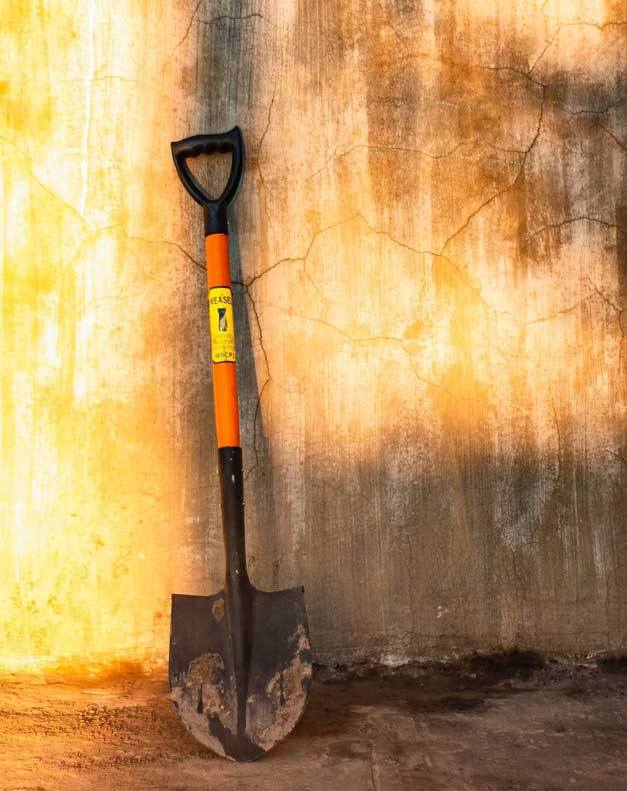 Moving on, Mariam has been conveyed to struggle to “uncurl” her fingers. The verb highlights her desperation for freedom and all the hardship she needs to undergo to ‘uncurl’ from this undignified society to see a new way of life. Mariam “ran down the hallway, she bursted through the front door, crossed the yard… grabbed a shovel” to take revenge back on Rasheed as she has become the more superior one in that moment in time. The simple sentence shows her fast paced thoughts and the rushed decisions signifying her impulsiveness as there is no time to feel any form of guilt or regret as she slowly builds up her bravery. After her attempt on hurting Rasheed failed, she “could not, would not” allow fate to decide what will happen next. The modal verbs show her determination to change her destiny and the power she already has in her to fight for what’s right. Personally, I feel like Mariam has been portrayed differently from the beginning of the extract from “pleading” to be set free to then being in charge with making decisions and finally being incontrol with herself and deciding what was right for her all along forecasting her bravery and significance on how many deal with this daily.